LOS ANGELES—CIM Group announced today that it has signed a long-term lease with HBO and HBO Max for the exclusive use of 161,108 square feet of sound stages, support buildings, and production office space at The Lot at Formosa, an entertainment production campus in West Hollywood, California.

“HBO/HBO Max has had a decades-long history of production at The Lot at Formosa. The long-term lease for the facilities is a mutually beneficial arrangement for CIM Group and HBO/HBO Max, and an extension of the strong working relationship that we have developed over many years,” said Shaul Kuba, Co-Founder and Principal, CIM Group.

“HBO has a long history of filming at The Lot at Formosa, from True Blood and Big Little Lies, to Euphoria, most recently. This is a wonderful opportunity for HBO and HBO Max to have a full-fledged, Hollywood studio home, and we look forward to many new productions to come,” said Janet Graham Borba, EVP, Production, HBO and HBO Max.

The Lot at Formosa has housed some of the most iconic film productions in history, from Hollywood classics Some Like It Hot and West Side Story to newer hit TV Shows such as Big Little Lies and Little Fires Everywhere. The studio also features approximately 100,000 square feet of historic office space once occupied by legendary names in entertainment including Howard Hughes, George Lucas, and Samuel Goldwyn. The Lot at Formosa is located at 1041 N. Formosa Avenue on the corner of Santa Monica Boulevard and North Formosa Avenue at the epicenter of the entertainment industry’s “30-Mile Zone,” the geographic area that defines the entertainment industry in Southern California.

Since acquiring The Lot at Formosa in 2007, CIM Group has undertaken a multi-phased adaptive reuse and modernization of the campus’ existing structures while expanding the studio campus, constructing three new creative office buildings—Formosa South, Formosa West, and Courtyard—adding Class A, LEED Gold-certified office. The campus is easily accessed by a variety of Metro bus lines with multiple adjacent bus stops.

For more than 25 years, CIM Group has utilized its broad expertise to own, develop, reposition, and operate real estate assets, transforming communities and creating dynamic environments throughout the Americas.

CIM is a community-focused real estate and infrastructure owner, operator, lender and developer. Since 1994, CIM has sought to create value in projects and positively impact the lives of people in communities across the Americas by delivering more than $60 billion of essential real estate and infrastructure projects. CIM’s diverse team of experts applies its broad knowledge and disciplined approach through hands-on management of real assets from due diligence to operations through disposition. CIM strives to make a meaningful difference in the world by executing key environmental, social and governance (ESG) initiatives and enhancing each community in which it invests. For more information, visit www.cimgroup.com.

We use cookies on our website to give you the most relevant experience by remembering your preferences and repeat visits. By clicking “Accept”, you consent to the use of ALL the cookies.
.
Cookie SettingsAccept
Manage consent

This website uses cookies to improve your experience while you navigate through the website. Out of these, the cookies that are categorized as necessary are stored on your browser as they are essential for the working of basic functionalities of the website. We also use third-party cookies that help us analyze and understand how you use this website. These cookies will be stored in your browser only with your consent. You also have the option to opt-out of these cookies. But opting out of some of these cookies may affect your browsing experience.
Necessary Always Enabled
Necessary cookies are absolutely essential for the website to function properly. These cookies ensure basic functionalities and security features of the website, anonymously.
Functional
Functional cookies help to perform certain functionalities like sharing the content of the website on social media platforms, collect feedbacks, and other third-party features.
Performance
Performance cookies are used to understand and analyze the key performance indexes of the website which helps in delivering a better user experience for the visitors.
Analytics
Analytical cookies are used to understand how visitors interact with the website. These cookies help provide information on metrics the number of visitors, bounce rate, traffic source, etc.
Advertisement
Advertisement cookies are used to provide visitors with relevant ads and marketing campaigns. These cookies track visitors across websites and collect information to provide customized ads.
Others
Other uncategorized cookies are those that are being analyzed and have not been classified into a category as yet.
SAVE & ACCEPT 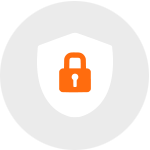 For all other security related questions, please contact us at thelotsecurity@gsgprotective.com

Thank you. We will be in touch with you shortly.